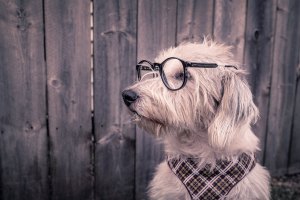 So you’ve decided you want to take the plunge from employee to self-employed. But where do you start?

This is a question that comes up fairly regularly so I thought I’d share the steps I took, which  might be useful to you.

When you’re totally responsible for bringing home the bacon – it takes lashings of self belief and trust in your own capabilities to successfully take the plunge.

Even as an associate or freelancer working with a consultancy, where the marketing is done for you, and there’s a flow of work, it’s not necessarily frequent, regular, or well paid work.

10 years ago, when I made the move to start my teambuilding, coaching, amd training business, I remember feeling terrified and excited at the same time. I felt like I was standing on the edge of a diving board, wondering if I should jump and whether I would sink or swim! A few coaching sessions later, I handed in my notice, waved bye bye to my 17 year NHS career and made the leap. I spent the next two weeks frantically trying to find work!!

Unless you’re a crazy risk taker, you don’t have to go for a ‘big leap’, or ‘take the plunge’. When you’re moving from being employed to self- employed, you can make the transition gradually, one step at time.

A good friend of mine, Caroline Talbott, seasoned coach and author, told me that she started the transition 10 years before she made the move . She used the time paving the way for success by talking to other people who worked for themselves, and meeting people who might potentially give her work further down the line. She’s shares this in her book (in which my story is also featured 😉 ) called Essential Career Transition Coaching Skills

These are the steps I took:

So that’s how I did it. I’ve spent the last ten years exploring and sharing Executive Coaching, NLP, Clean Language, Leadership, coaching successful professionals to achieve their potential, and training other Coaches to do the same. I’ve had the privilege and joy of impacting thousands of people over the years.

I don’t beleive there is a single ‘right’ way to make the shift, but whatever steps you choose to take, flexibility, expeimenting, reflecting, adaptability, keeping links with former colleagues and employers were my keys to success.

And you’re not done yet. There’s other stuff to do, but I think this post is long enough. .

I’d love to hear from you in the comments section below.